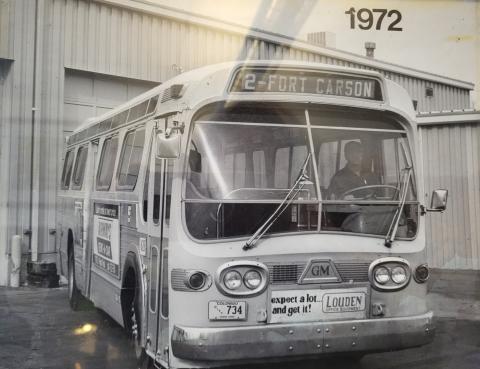 COLORADO SPRINGS, Colo. – Colorado Springs has had public transportation for 135 years, but it wasn’t until Sept. 16, 1972, that Mountain Metropolitan Transit (MMT) would be operated by the City of Colorado Springs.

Prior to 1972, transit services were provided by private companies, but in 1971, the Colorado Springs Coach Company informed the city that it would stop services. This prompted the city to seek federal funding to keep the city moving.

Since 1972, more than just the name has changed. MMT now has over 70 fixed-route buses that service more than 30 routes, ADA complementary paratransit services, vanpools, and more services are continuing to be added. Battery electric buses, a free shuttle serving downtown, and a new mobile ticketing app are just a few things new to MMT in 2022.

“Mountain Metropolitan Transit plays an integral role in our community, and we are especially proud of helping people get where they need to go for 50 years,” said Lan Rao, acting Transit Services Manager. “To our dedicated transit staff and all of our riders, thank you for your ongoing support and contributions to creating a better transit system and a better city.”

For more on the history of Transit in Colorado Spring, go to MMTransit.com.