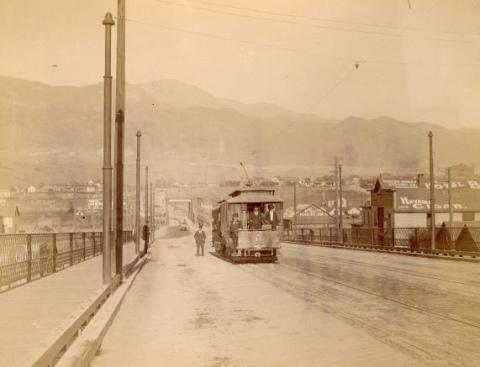 If Colorado Springs was genteel and delightful, Colorado City was a much more Wild West boomtown. Learn about the first territorial capital and how Colorado City has developed since then.

Settlers established Colorado City in 1859 as a trade supply post for mining speculators travelling up Ute Pass into South Park in search of new riches. By the winter of 1859-1860, upwards of 100 log cabins had been built and the town reached the peak of its prosperity.  El Paso County was organized in 1861 and Colorado City vied for recognition as the territorial capital in that year but lost to Denver.  A census in 1863 recorded only 300 people in Colorado City.  It then continued to dwindle to fewer than 100 houses, so that by the 1870 Census there were only 81 residents.

Albinus Sheldon was born in Southampton, Massachusetts in 1833, and studied civil engineering and surveying at Amherst College before arriving in the Colorado Territory in 1860. He surveyed land in Colorado City, and El Paso, Pueblo, and Arapahoe Counties. He purchased a 160 acre ranch on this property, while also serving as the first official El Paso County Surveyor. He was elected to the Colorado Territorial Legislature in 1864, and married Calanthe Everhart the same year. To learn more about the life of Albinus Sheldon, make an appointment to read his journal, preserved in the Archives of the Colorado Springs Pioneers Museum.  Contact Archivist Hillary Mannion at 385-5650 for an appointment.

“Mama” Susie Perkins was a trailblazing real estate entrepreneur who fought racial discrimination by buying & renovating real estate. She eventually owned over 100 units, renting them to single mothers, mixed-race couples and Black Fort Carson soldiers and their families. In other words, all the people other landlords turned away. She also had “unmistakable style.” Perkins loved gowns, tiaras and driving her Lincoln Continental around town. Extremely generous, she donated money to local schools, churches, charities – even her own tenants.

This section of town was developed in the 1880s to 1890s as the West Colorado Springs Land Addition. Its curvilinear streets were platted as “villa sites” boasting great views to the east. Spanish street names included Collado (hill), Praderia (prairie), Acequia (irrigation ditch), and Agua (water). Initially, several “country” homes were built west of Monument Creek, but development in the area dwindled with successive economic panics in the late nineteenth-century. Instead, the area became home to many working-class miners, laborers, and service-industry workers, alongside teachers, clerks, seamstresses, and small-business owners. Historically, this neighborhood has been home to a diverse and tight-knit group of residents.

J.D. Gillette came to the Pikes Peak Region in 1882 and built a “dignified old-fashioned home set back in an apple orchard, behind terraced lawns.” It was reportedly a “showplace” that epitomized the early history of the near west-side as an idyllic setting for country homes. Mr. Gillette was a well-known figure in town, a beloved member of the Adams Hose Company, a group of volunteer firefighters who had their company house and lending library one block away on North Spruce Street, and reportedly an accomplished ice skater into his 90s!

Interstate 25 was completed through the city in 1960.  Interstates occupy much land and building them destroys the existing urban fabric. The chosen route ran along the west side and Monument Creek, bypassing more affluent parts of town.  The state acquired 503 acres on 321 separate parcels from 236 property owners to clear land. With subsequent widening and intersection improvements, approximately 500 structures that once existed on 300 city blocks ultimately were torn out. This massive structure creates a hard barrier between the downtown and the near west side. The bicycle bridge over I-25 on this path is one attempt to breach this barrier, but mobility between the older inner westside neighborhoods and the downtown is impeded for most of the corridor.

Colorado Springs had an enviable public transit system of street trolleys that served the entire city in the first decades of the twentieth century.  Its success was in large part due to the investment of Winfield Scott Stratton, who bought early trolley companies in 1901 and consolidated them into the Colorado Springs and Interurban Railway Company.  In 1915, the westside line ran from Colorado Avenue north on Walnut Street to Platte Avenue, cut east on Platte for one block to Spruce Street, then ran north to serve people up past Uintah Street.   All trolleys stopped in 1932 as busses became more economical.

In the sunny days of early September 1916, Colorado Springs was the center of the boxing universe. Freddie Welsh, Lightweight Champion of the World was slated to take on challenger Charley White in a 20-round bout. Both men arrived a few weeks earlier to train for the match, with Welsh hosting public practices at the Temple Theater on North Nevada Avenue. According to promoters, “…tickets were selling like hot cakes,” and a hastily constructed outdoor arena was built on West Huerfano Street to accommodate up to 15,000 fans.

The championship bout was scheduled for 3:30 p.m. on Labor Day, Monday, September 4, 1916. Gates opened at 10 a.m. and people arrived early to purchase $3 general admission tickets for bleacher seats. Reserved seats varied in price from $5, $7.50, $10, and $15 box seats. Promoted around the country, people were arriving in droves to attend. The newly constructed wooden arena took up the better part of a vacant city block and was bordered on the north and south by Pikes Peak Avenue and Huerfano Streets (now known as Colorado Avenue) and on the east and west by Spruce and Walnut Streets.

As 10,000 spectators filled the arena, small cracking noises were heard as the bleachers in the south section began to sway. As people moved down from the highest rows, the entire section collapsed. Over 500 men, women and children plunged 20 feet to the ground in a tangled mass. Authorities and bystanders moved quickly to remove bodies from the pile of rubble. All seven ambulances in the city and dozens of private automobiles began transporting victims to local hospitals. Injuries ranged from bumps and scrapes to broken bones, internal hemorrhaging and head wounds. St. Francis Hospital took in nearly a hundred patients with Beth El and Glockner a dozen or two each. At least 100 others were treated on the scene or taken to local homes. After several days, officials determined that 288 spectators suffered significant injuries, and three people died.

This bike path follows the Denver & Rio Grande railroad spur running to Manitou Springs.  Across Highway 24 you see an eroded badlands that is an enormous pile of tailings from the Golden Cycle mill where gold ore from Cripple Creek was processed from 1906 to 1949.  Over the years the Golden Cycle Mill employed hundreds of workers who primarily lived in Colorado City or the near west-side. Many took the trolley or walked to work, crossing Fountain Creek on crude wooden bridges. Today a housing and mixed-use infillDevelopment of vacant land within previously built areas. These areas are already served by public infrastructures, such as transportation and utilities. Parks and open space are also considered infill, since they are permanent uses for vacant parcels. project, Gold Hill Mesa, sits atop the area.

Across Highway 24 is the original roundhouse of the Midland Railroad train workshops that employed hundreds of west-side workers.  The Midland was incorporated in 1881 and dissolved in 1922.  It served Leadville and Aspen, carrying ore for smelters, along with livestock and other provisions.  The line continued as the Midland Terminal that connected Colorado Springs with Cripple Creek until 1949.  Today the roundhouse has been repurposed into a brewery, restaurant, and shops, and the old train route is now Highway 24, the Midland Expressway.

Fairview Cemetery was founded in 1895 to serve Colorado City and the west side.  The land was donated by Anthony Bott, a founder of Colorado City. Many of the original settlers of Colorado City are buried here. Prior to Fairview, a cemetery was built on the mesa north of Colorado Avenue, but the location proved impractical and was deemed “too close to town.” They moved the cemetery to a location further north on the mesa and named it “Pioneer Cemetery, today it is the location of Pioneer Park and a plaque there describes efforts to relocate burials in the 20th Century. Fairview Cemetery is owned by the City of Colorado Springs and is directly west of the Bott Park neighborhood.

Served by the Denver & Rio Grande line, home to the Midland Railroad workshops, and location of four gold processing mills, Old Colorado City was the thriving center for a large industrial workforce, much of it immigrant labor.  The Colorado Springs Chamber of Commerce listed 150 westside industrial plants employing 3,500 wage earners in 1919.  The gentrified downtown commercial district that once served local workers was almost torn down in the 1970s but was fortunately saved by local activists. 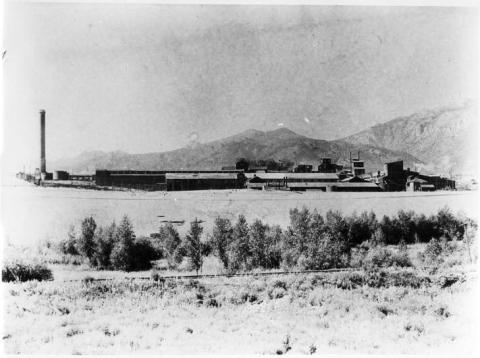 Go to Pedal Our Past Homepage