Pedal Our Past: Southeast Loop 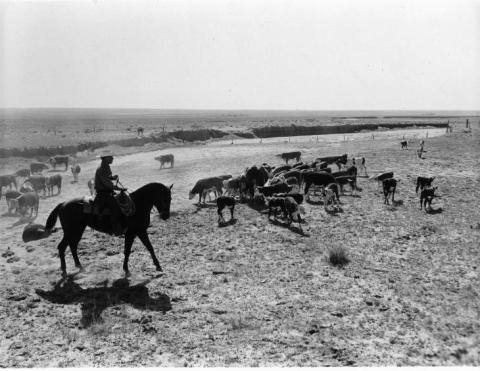 Learn how the airport, the military and strong local institutions and people have made Southeast Colorado Springs (the newest neighborhood in Pedal our Past) the strong, resilient, family-focused neighborhood it is today.

The local branch of the YMCA was organized on February 23, 1874, only three years after Colorado Springs was founded. Modeled after the national organization created in 1844, the YMCA served the physical, spiritual, and intellectual needs of young men. In the 1870s – 1890s, the local YMCA created a library, organized a lecture series, provided prayer and worship services, and outfitted a set of rooms with gymnasium equipment and activities for young men so that, “…they will not need to go to the saloon or places of vice to spend their leisure.”  Today, the YMCA of the Pikes Peak Region “builds strong kids, strong families, and strong communities,” by providing services to over 125,000 women, men, and children at multiple branch locations throughout the region.  Opened in 2002, the Southeast & Armed Services YMCA provides health and wellness programs to a growing and vital Southeast Colorado Springs.

Margaret “Marge” Manuelito Manzanares was born in Redwing Colorado in 1938. In May 1959 she married Joe D. “Lolo” Vasquez. The couple had two children, Derek and Darin, and moved to Colorado Springs in 1966. They owned and operated the Bean Bandit Mexican Restaurant originally located at 1919 East Boulder, moved to East Platte, and eventually to 320 North Circle Drive.

In the summer of 1941, Democratic Senator Alva Adams, City Council, and the Chamber of Commerce lobbied Congress for the placement of a “large Army cantonment” on the former Cheyenne Ranch 6 miles south of the city. City Ordinance No. 1614 described the terms of the offer, granting the U.S. Government the right to purchase the property, “to be used as a United States Army Camp for the accomodation (sic) of approximately thirty thousand men and officers…the purchase price to be the sum of One ($1.00) Dollar.”

The efforts of the boosters were successful—the U.S. Army announced on January 6, 1942, that an Army training facility would be built here. The magnitude of the decision was ambitious: a $30 million contract to house 30,000 soldiers, to be built within 6 months. This investment was about the same as the total assessed property value for the existing city and would nearly double the local population. The camp was named after western frontiersman Christopher “Kit” Carson.

When it opens in 2022, Panorama Park will be a destination attraction, drawing visitors from all over the region.

The RISE Coalition, the City of Colorado Springs, and The Trust for Public Land established the Panorama Park Youth Advisory Council (YAC) in 2019 to work as paid members of the partner team for this 13 acre park renovation project, the largest renovation project in the City’s history. The YAC, comprised of 19 youth ages 12 – 19, worked alongside project partners and with the design team to engage the local community through surveys, workshops, and special events to learn exactly how the park could be improved to reflect the unity, diversity, and culture of Southeast. The YAC also worked with Stream Landscape Architects to design

a youth area within the park and collaborated with local artist Jeresneyka Rose to plan a tile-art mural that will be a part of the space once completed.

In a September 2019 Southeast Express interview by journalist Regan Foster, Joyce Salazar described joining the RISE Coalition in January 2017, “…to help unify the community that had been her home for decades. The coalition is a multi-pronged partnership consisting of dozens of Southeast’s social-service, nonprofit, education, business, entrepreneurship-training, athletic, youth-intervention, ministry and community-engagement programs…In the heart of it all is Salazar, both the quiet policies-and-procedures expert and outspoken advocate. She rejects the narrative that the neighborhood is dangerous or stagnant… ‘It’s taken decades to get where we are and it’ll take decades to get it changed. We’re going to continue to do the work, we’re just getting started.’”

For decades, Union Boulevard was the eastern edge of Colorado Springs. As the population boomed, Academy Boulevard, and then Powers became major north-south traffic corridors. In 1967, the then-named Powers Avenue was a graveled road marking the eastern border of city limits. Designated State Highway 21 in 2007, Powers Boulevard is named for rancher and politician Ray Powers. After selling the original Powers Dairy location at present-day Village Seven, Powers moved his dairy operation to a 91 acre ranch on Marksheffel Road east of Peterson Air Force Base. In 1978, Powers ran for Colorado House District 19, and then served in the Colorado Senate, twenty-two years in all. Many locals remember the “Party Barn” on the Powers Ranch, which hosted legendary Republican Party mixers, campaign fundraisers, and even hosted a rally with Vice President George Bush in 1986.

The Pikes Peak region has a semi-arid climate receiving up to 20 inches of rainfall per year on average. At 6,035 feet above sea level, Colorado Springs is on the eastern edge of the Southern Rocky Mountains. As a result, the natural landscape consists of shortgrass prairie dotted with yucca and other drought-tolerant native species. According to the Audubon Society, “Restoring native plant habitat is vital to preserving biodiversity. Native plants are those that occur naturally in a region in which they evolved. They are the ecological basis upon which life depends, including birds and people.”

Eager to receive mail by a new national airmail delivery system, local officials rented 640 acres of ranchland to create Colorado Springs’ first municipal airfield in 1926. In 1927, they purchased land from Sarah DeCoursey Parrish, and in 1928 the Broadmoor Hotel built a hangar for their high-flying guests with private planes. By 1930, the Gazette was boasting about the facility, “One of the outstanding municipal airports of the United States is to be found here. It is nearly a section of land in size… practically level and with every imaginable natural advantage. Flyers from the east are inspired by the vast panorama of mountain range to the west dominated by the majestic Pikes Peak. And most instantly the desire is engendered to circle that inviting peak and many have responded to the urge with the result that they have enjoyed one of the most wonderful air trips in the world.”

According to Trust for Public Land Parks for People program director Emily Patterson, “Panorama Park is a catalytic project for the southeast community.” The newly transformed park will feature Colorado Springs’ third universally accessible playground, an event lawn with shade trees for hosting music and performances, a bike park, a youth area with skate features, a climbing boulder, a multi-use sports field, fitness stations, a splash pad, and community inspired and created art. Designed with input from RISE Resident Leaders and members of the Youth Advisory Council, this is a park designed by and for community. Colorado Springs Parks, Recreation, & Cultural Services Director Karen Palus described, “When Panorama is finished, it will be a destination park where everyone in the city wants to play.”

Many subdivisions in Southeast Colorado Springs were built in the 1960s, 1970s and 1980s, a result of steady growth in population and proximity to nearby military installations. Today, approximately 80,000 residents call Southeast home. Patrice Ravenscroft, associate publisher of the Southeast Express, the area’s independent newspaper, describes the current transformation of Southeast led by leaders young and old, “When I think about the journey our Southeast community is on and what we are moving toward…I have hope; I have joy. Some won’t see us all peaking into a season of abundance, but we are here, living abundantly. Young ambitious leaders are sitting at the table deciding on millions of dollars to transform their neighborhoods; legacy leaders are moving mountains locally and nationally; community members are improving their parks and neighborhoods; in a food desert, neighbors are feeding their community with fresh and healthy food to nourish their families; and advocates are standing up for civil rights and change. Leaders are rising to say, ‘We are here,’ and I am personally inspired.”

Former Harrison School District Superintendent Wayne Bricker was an award-winning educator from humble beginnings. Bricker was born in January 1917 to Lee and Frances Bricker in rural, northeast Colorado. He graduated from high school in 1935 and began his teaching career in one-room schoolhouses in Yuma and Wray, Colorado. Afterwards, Bricker attended the University of Colorado, receiving his Bachelors in Education in 1940. He then became a high school teacher and superintendent in Dove Creek, Colorado. He served in the Army during WWII from 1942-1946, and then returned to Boulder to complete a Masters Degree in Education. After working in high schools in Meeker and Monte Vista, he became Superintendent of Fountain-Fort Carson School District # 8 in 1956 and was named Superintendent of Harrison School District #2 in 1965. Throughout his career, Bricker championed the education profession and teachers: promoting PERA coverage for all districts in the state, and securing healthcare coverage for retired teachers.

The Pring Family once owned 30,000 acres of ranchland in the Pikes Peak Region. Hailing from Devonshire England originally, John and Mary Jane Pring arrived in Colorado in 1876 after they purchased a 240 acre tract of land northeast of Colorado Springs sight unseen. He found the area, “a barren wasteland where even a rabbit could not survive.” But the Prings stayed, and their son Edward became one of the largest landowners in the region. His Cloverdale Dairy ranch extended from Prospect Lake to the Colorado Springs Airport. Edward’s son Roy also became a rancher and took over the operation in present-day southeast Colorado Springs. 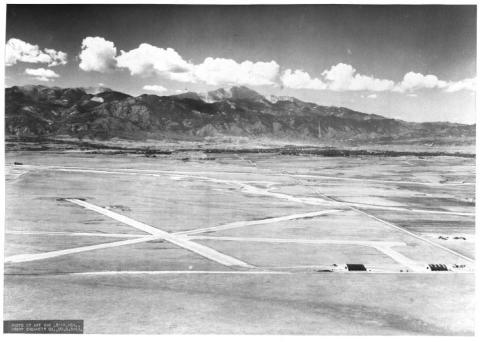