Celebrating COS: City continues to deliver on infrastructure

This blog is one in a series of four end of year “Celebrations” marking the past year for the City of Colorado Springs.

The City of Colorado Springs in 2021 continued its multi-year plan to improve infrastructure around the city and region at large. 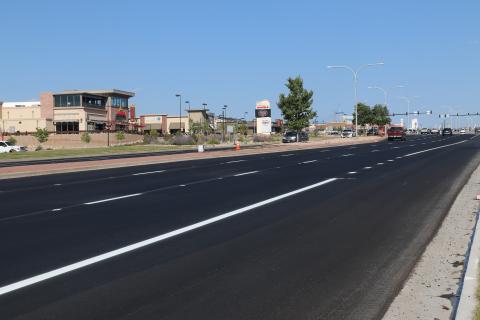 The City repaved a total of 166 lane miles in Colorado Springs in 2021 thanks to the “2C” program, which extended the temporary sales tax increase for five years at a reduced rate. The .57 percent sales tax is dedicated exclusively to roadway repaved. Bringing in on average $56 million annually, 2C funding has allowed the City to repave 1,232 lane miles since voters first approved the ballot measure in 2015 and paving began in 2016. If stacked end-to-end, the lane miles paved would stretch from Colorado Springs to Columbus, Ohio. 2C funding also goes to curb and gutter improvements that are mandated by federal ADA standards and that serve to extend the life of new roadways.

The following are the final estimated paving and concrete numbers funded by 2C in 2021.

The City of Colorado Springs Operations and Maintenance Division expects to repave 217 lane miles in 2022. Among the roads slated for repaving in 2022 are sections of Austin Bluffs Parkway, Briargate Boulevard, Cresta Road, Aeroplaza Drive and Royal Pine Drive. A full list of scheduled projects can be found at ColoradoSprings.Gov/2C. 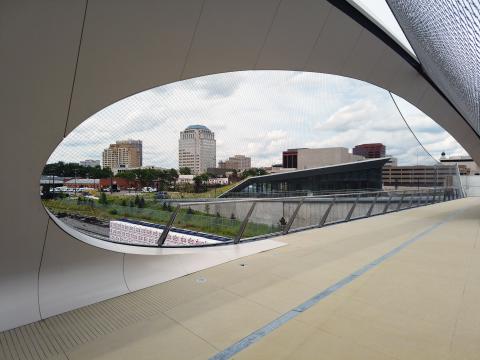 An architectural testament to both form and function, Norwood and the City of Colorado Springs completed the Park Union Bridge and Vermijo street project this summer providing a pedestrian gateway from downtown Colorado Springs to America the Beautiful Park. Longer than a football field, the bridge is a unique feat of engineering that connects the growing network of City trails including the Midland Trail and Pikes Peak Greenway running alongside Monument Creek.

Located next to the U.S. Olympic and Paralympic Museum, the bridge takes its inspiration from the gravity-defying motion of athletes. It is a 250-foot curved steel structure that floats above the rail yard below. The bridge can be accessed by stairs, complete with bike tracks, or a glass elevator.

The long-anticipated completion of the I-25 Gap Project occurred ahead of schedule earlier this month. The 18-mile expansion includes the addition of express lanes spanning 14 miles on northbound I-25 and 15 miles on southbound to relieve traffic for all roadway users. Tolls on the new roads are being waived until September 2022. The project was a successful collaboration between CDOT, the City of Colorado Springs, El Paso County and other stakeholders.