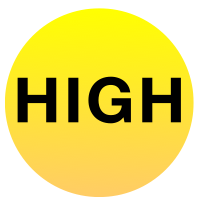 The Heavy Rescue crew is a highly trained and qualified team in all types of complex rescue techniques.  Many of the team are FEMA (Federal Emergency Management Agency) certified for large disasters, nationally and locally, and participate in Colorado Task Force 1, the regional Urban Search and Rescue team.  This unit is the department’s designated RIT (Rapid Intervention Team) which responds to all “working” fires to perform the most difficult rescues of other firefighters or civilians.

The Hazardous Materials (HazMat) Unit works in a cooperative effort with city, county, state, and federal
governments on environmental regulations and code compliance issues as well as response to and mitigation of hazardous materials spills/releases. The Colorado Springs Fire Department is the Designated Emergency Response Agency (DERA) for incidents occurring within the corporate limits of the city and has mutual aid response agreements with all surrounding fire departments and military installations.

The Wildfire Suppression Program’s mission is to prevent and suppress wildland fire for the citizens and partners of Colorado Springs.

The City of Colorado Springs is an environmentally diverse city. It covers approximately 211 square miles and sits at an altitude of 6,035 feet above sea level.

The City lies in the foothills of the Rocky Mountains with many homes in the wildland urban interface (WUI) area. A wide range of topography and vegetation can be found from the steep slopes of the West Side to the rolling hills of the eastern neighborhoods.

Assets of the City include ownership of 44,000 acres within the Pikes Peak Watershed as well as other resources and utilities that lie within the National Forest.

The Colorado Springs Fire Department is dedicated to supporting a core set of values for each employee to follow and implement.

High Angle Rescue became a reality in 1979 when the City annexed the Cheyenne Canyon area and it became necessary to provide safe and efficient evacuation of climbers in the Cheyenne Canon and Garden of the Gods areas. Due to the influx of technical and amateur climbers in the region and roll-over accidents in the Gold Camp Road area, the program was established with three goals: safety, efficiency, and standardization. The High Angle Team is the result of formalizing the services we were already providing to the citizens and visitors.

The primary mission of the TEMS Program is to provide medical support to law enforcement agencies during high risk emergencies. Four firefighters specially Tactical Emergency Medical Services trained to treat traumatic injuries respond in one of three medical squads. At emergency incidents, the four firefighters form two teams with two personnel (one firefighter/paramedic and one firefighter/EMT); one team is the entry team and the other team is the back-up team. The squads are state certified to transport as an ambulance if necessary, as they are equipped with a full complement of Advanced Life Support (ALS) equipment including medications, a cardiac monitor/defibrillator, and a cot.