Pedal Our Past: Hillside Loop 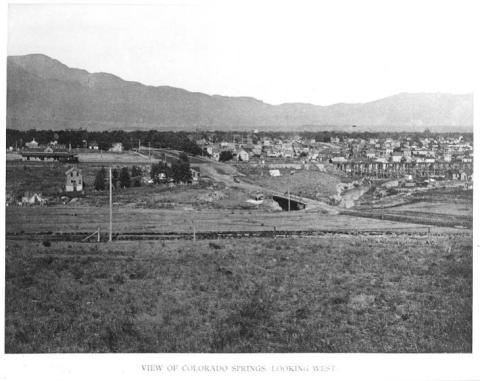 This loop around the neighborhoods east of Downtown runs the gamut from sick people wanting to be well to athletes wanting to be the best. And Nikola Tesla!

Located on the eastern edge of Memorial Park, the Colorado Springs Olympic and Paralympic Training Center Velodrome was, “Built in 1983 in preparation for the 1984 Olympic Games, [and] is the official training venue for U.S. Olympic and Paralympic track cycling and USA Roller Sports. The velodrome features a 333.3-meter banked cement cycling track, which wraps around a 200-meter track for roller sports. In the fall of 2015, the USOPC and USA cycling jointly funded the addition of an air-supported dome that is in place for year-round training and races.”

General William Jackson Palmer’s Colorado Springs Company donated this land to the city in 1887. Three years later, City Council voted to construct dams at each end of the marshy area and run a water main to fill what is now Prospect Lake. As a resource of fresh water, the lake’s mission was to provide residents with drinking water and to keep the lawns, shrubs and trees at nearby Evergreen Cemetery green. By the late 1890s, residents and visitors were using the lake recreationally. The “Beautiful, Useful Prospect Lake Bathhouse” opened May 30, 1937, giving a big boost to Colorado Springs’ outdoors community.

Prospect Lake and Memorial Park have long drawn families eager to play, have fun, and enjoy the beautiful scenery. However, since 2010 thanks to the passionate advocacy of a local family – the Swing High Playground has provided a universally accessible playground for children of all abilities. Mom Michelle Farrell quit her job at the U.S. Olympic (now U.S. Olympic and Paralympic) Committee in 2006 to raise money to build a playground where her daughter Abby, and many other children could play. As she stated in a 2010 Gazette interview, “This isn’t just about my daughter. This is for everyone. Seeing a child swing for the first time. It means everything to me. That’s what it’s about.” We should all be grateful to the fabulous Farrell family, the nonprofit Shane’s Inspiration, and the City’s Parks, Recreation & Cultural Services Department for making this important project possible.

Opened in 1902 to serve a growing population southeast of downtown, Helen Hunt Elementary was named for renowned nineteenth-century author Helen Hunt Jackson. Hellen Hunt moved to Colorado Springs in 1873 for her health, and while in residence here wrote her two most famous books, Century of Dishonor, and Ramona. She married businessman William Sharpless Jackson in 1875, and several rooms of their former home are now on exhibit at the Colorado Springs Pioneers Museum. During the last several years of her life before her death in 1885, Helen Hunt Jackson devoted her efforts to exposing the United States Government’s violation of treaties and mistreatment of American Indians.

Reverend Dr. Milton E. Proby was a renowned Civil Rights leader in Colorado and the United States. He met Dr. Martin Luther King Jr. at a church conference while still a teenager, and participated in the peaceful March on Washington in 1963. In 1982, Reverend Proby proposed that Fountain Boulevard be renamed for Dr. King. “The renamed street would honor a man whose work for peace and improved working conditions can serve as a role model,” Proby said. He met fierce resistance. Sixteen years later, a “MLK Jr. Bypass” was finally designated.

Human history in the Pikes Peak Region dates back thousands of years. The oldest residents of Colorado are the Ute people who have an enduring connection to the Colorado Springs area. Additionally, many other tribes and nations including the Cheyenne, Arapaho, Apache, Comanche and others have connections to this place. When Colorado Springs was founded in 1871, recognition of the preexisting Indigenous and Hispano history in this area led to the many Spanish street names including Las Animas Street and El Paso.

A March 9, 1930 Gazette and Telegraph article headline read, “Who Was Old Man Shook They Named the ‘Run’ After? At that time it seemed no one could remember much about the Shook Family, but recalled in great detail an 1886 cloudburst that caused massive destruction. After hours of rain, water rushed down Shooks Run and washed away the two-story home of Benjamin A.P. Eaton, former superintendent of schools. Tragically, the house floated away with Mrs. Eaton inside. Her body was later recovered at the confluence with Fountain Creek.

The first official All-American Soap Box Derby race was held in Dayton, Ohio in 1934. The next year the competition moved to Akron Ohio where the finals have been held ever since. However, daredevil kids in the Pikes Peak Region raced their homemade cars years before. In 1946, local organizers held the region’s first sanctioned, “All-American Soap Box Derby,” on a 1,000 foot Costilla Street course lined with 3,000 spectators. In addition to prizes for fastest times, judges awarded special medals for the “best designed car” to Lawrence Whaley and “best upholstery” to Danny Johnson.

Writing in 1901, Dr. Samuel le Nord Caldwell described “modern” transportation in the city, “One of the characteristics of our age is the desire to go everywhere in a hurry; horses are no longer speedy enough for transportation purposes and are becoming more and more instruments of pleasure and less and less the servants of utility. The electric trolley car and the bicycle are our chief means of local transportation. The electric railroad extends to the northern limits of the city, to Cheyenne Canon on the south and to Manitou on the west; the fare is five cents in the city limits and ten cents outside. It takes about ¾ of an hour to go to Manitou or the canons. The electric current is generated in a power house at the corner of S. Cascade and Moreno Aves. It is conducted on copper wires suspended over the middle of the street by cross wires fastened to poles…”

The city set aside this space for a community garden in 2018.  Neighbors can rent plots to grow their vegetables and flowers.  Across the street is also the city’s Sustainability Center, the “Sustainacenter.”  Both contribute to the city’s growing efforts to promote environmental and social sustainability.

Originally constructed as a nearly 4 acre reservoir, the city drained the area and converted it into Boulder Park in 1909. In May 1924, the Colorado Springs “War Mothers” planted trees in the park in memory of 35 young men who, “…gave their lives in service, or since have died, many of them from the effects of injuries or disease incurred in the World War.” The “War Mothers” held a special program in the park on Mother’s Day, hoping that, “With the dedication of the trees today the park will assume a deeper significance in the hearts of citizens of the Pikes Peak Region.” Unfortunately, over time the connection between Boulder Park and the WWI sacrifices of local servicemen and their families has been forgotten, but today we can do our best to remember them.

A June 30, 1943 Gazette Telegraph photo essay described Colorado Springs’ newest military establishment, “The Second Air Force chose Colorado Springs for its headquarters…because of its central location in 2AF territory, which embraces the western half of the United States. Remodeled for 2AF use the former National Methodist Sanatorium building…has been taken over and other structures are being built on adjoining land…with a tent city being used temporarily by Air Force soldiers pending completion of the project.”

Located on a boulevard named in its honor, the Union Printers Home is a beautifully ornate nineteenth-century chateau-style castle. Almost completely obscured by a thick grove of trees, motorists speed past it every day without knowing what lies beyond the green perimeter. When it opened in 1892, the UPH stood as a sentinel atop a hill, with a sweeping view of the fledgling town of Colorado Springs and Pikes Peak beyond. Founded as a home for aged or infirm members of the International Typographical Union, the Union Printers Home became the largest union-supported tuberculosis sanatorium in the United States.

When Nikola Tesla arrived in Colorado Springs in 1899, he was a famous scientist on the forefront of energy transmission and wireless telegraphy. His interest in the “extraordinary purity of the atmosphere” and the region’s frequent lightning storms led him to develop machines that measured lightning strikes, and his breakthrough achievement – a magnifying transmitter. Satisfied with his progress, he abandoned Colorado Springs and returned to New York in January 1900. He left behind unpaid bills, an unhappy caretaker, and the public’s endless fascination with him.

Every year on the third Saturday in September, the names of fallen fire fighters and emergency medical workers who died in the line of duty are added to the black stone walls of the International Association of Firefighters Fallen Fire Fighter Memorial in Colorado Springs. The memorial honors IAFF union members that lost their lives since 1918, and contains over 8,000 individual names. In recent years, the “line of duty” criteria has expanded to include the service and sacrifice of members who died of cancers and other occupational illnesses from smoke and toxic materials, and suicide.  IAFF President Harold Schaitberger stated, “With their memory in mind, we’ll get back to work bettering our profession because that’s how we pay our highest respect. That’s how we show that we will always remember them.” 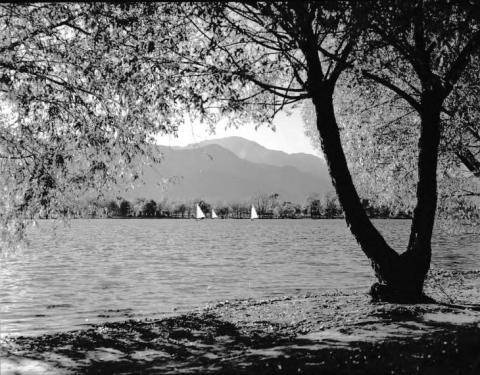