Approved project recommendations resulting from this study will be prioritized and constructed in tandem with other projects and as funding becomes available. The more extensive modifications involved with the proposal for the I-25 ramps – Tejon Street – Nevada Avenue - Motor Way - Brookside Street area may be constructed using Pikes Peak Rural Transportation (PPRTA) funding, as this is listed as a Priority “A” project under PPRTA-2.

The study area boundaries are 8th Street on the west, I-25 on the north, Nevada Avenue on the east, and Cheyenne Road on the south.

The data collected during the first part of the study revealed these four categories of transportation concerns, which are described in more detail in the August 2019 status report:

The study, which used traffic data and neighborhood input, culminated in the following recommendations to address the most important transportation needs of the Ivywild neighborhood. These recommendations will be presented to the public in a meeting February 10, 2020, and will be further evaluated to determine feasibility of implementation. 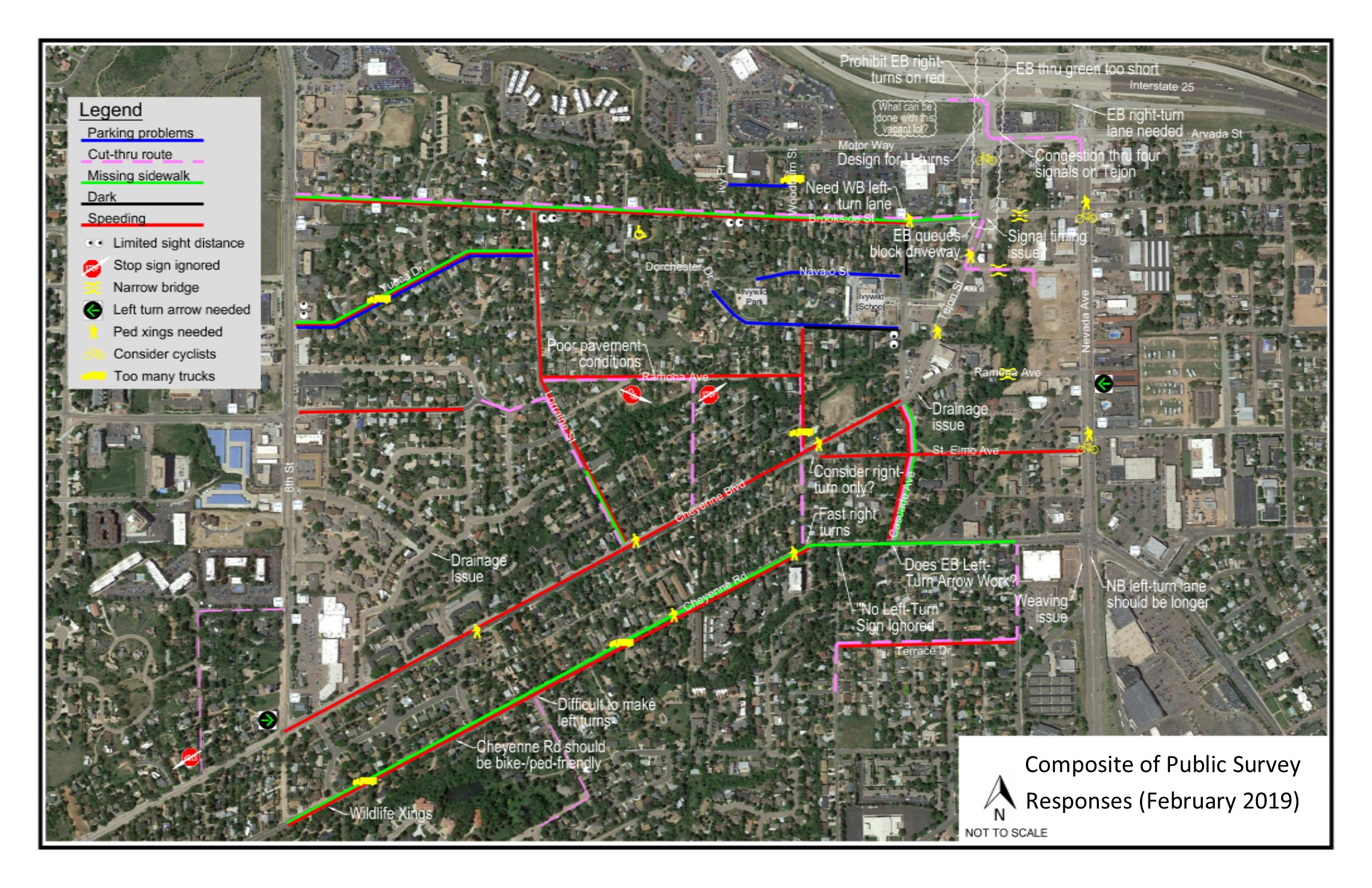